The hip-hop group We’re Muslim, Don’t Panic was conceived of by dancer Amirah Sackett in 2011, a moment Sackett referred to as “a really tumultuous time in history as far as Islam is concerned.”Determined to shift the terms of the conversation, she teamed up with dancers Iman and Khadijah to create WMDC, a three-woman performance group that executes flawless hip-hop numbers in niqab and high-tops.

“I wanted to flip the script,“ Sackett told Bust Magazine. “I wanted to educate others and reflect the beauty that I know and love in Muslim women. Yes, there are oppressed women in the Muslim world. Women are oppressed the world over. These are our mutual struggles.”

This performance includes a short talk with the artist.

CLICK HERE to buy tickets and register for the workshop. Find the Facebook event HERE and help us spread the word!

A huge thank you to Sandglass Theater & Southern Vermont Dance Festival for presenting this wonderful opportunity and to Windham Movement Apparel for co-sponsoring it with us. Thanks to Windham Regional Career Center Dance Program and The Putney School for partnering to provide exciting workshops throughout the week.

Amirah Sackett is an internationally recognized hip-hop dancer, choreographer, and teacher. Amirah was honored as one of the first female hip-hop artists to receive the Jerome Travel/Study grant in 2008 and traveled to Rotterdam, Holland to study and train at Hip Hop Huis, a center in Europe for hip-hop artists. She curated the international festival for women in Hip-Hop, B-Girl Be in 2009-2010 at Intermedia Arts in Minneapolis, MN.

In 2011, Amirah formed the all-female, American Muslim trio called ‘We’re Muslim, Don’t Panic’. They were featured in rapper Brother Ali’s music video “Mourning in America”. Amirah and her dancers, Iman and Khadijah, were honored to receive the prestigious Sage Cowles Award “Best Ensemble Performance” for the performance of her choreography “Mourning in America” in 2013. In 2014, Amirah traveled to Dhaka, Bangladesh as part of “Next Level”, a hip-hop cultural exchange program by the U.S. State Department and University of North Carolina.

In April 2016, Amirah was honored to be part of “Caravanserai- American Voices”, a Midwest tour of American Muslim hip-hop artists, including The Reminders, Dj Man-O-Wax and fellow dancer Mary Mar a.k.a B-Girl Mama. In 2016, Amirah and her work “We’re Muslim, Don’t Panic” reached viral video fame, after being featured in videos online by PopSugar Celebrity, Huffington Post, AJ+, and Upworthy with millions of views each. She was honored to perform and lecture at Harvard University as a guest of the Graduate School of Education. She was chosen to be a Tedx speaker at TedxAmoskeagMillyard in New Hampshire. Huffington Post featured Amirah in their article “17 Muslim American Women Who Made America Great In 2016”. She most recently traveled to Honolulu, Hawaii for a residency funded by the Doris Duke Foundation for Islamic arts, at a museum dedicated to Islamic art from around the world called Shangri La.

She continues to tour, teach, perform around the country and in her hometown of Chicago. Amirah believes hip-hop culture, as a whole, gives voice to those often unheard and is a way to uplift, inspire, and bring change to those communities that need it the most.

We are in search of choreography submissions to be set on the Brattleboro School of Dance Senior Company for performances on August 17th, 18th, 19th, 24th, 25th, and 26th, 2018. We want to see your beautiful amazing work!

To submit your work please send:

Submissions are due MAY 12th! Student choreographers are welcome. Please send submissions to rhmusic10@gmail.com OR to Brattleboro School of Dance, 22 High Street, Brattleboro VT 05301.

Choreographers will be notified of acceptance of their submissions by May 30th. Selected choreographers should also be available for the dancers’ audition and casting meeting on Saturday, June 9th from 1:00-4:00.

We look forward to seeing your work! Please email Rachel with any questions. 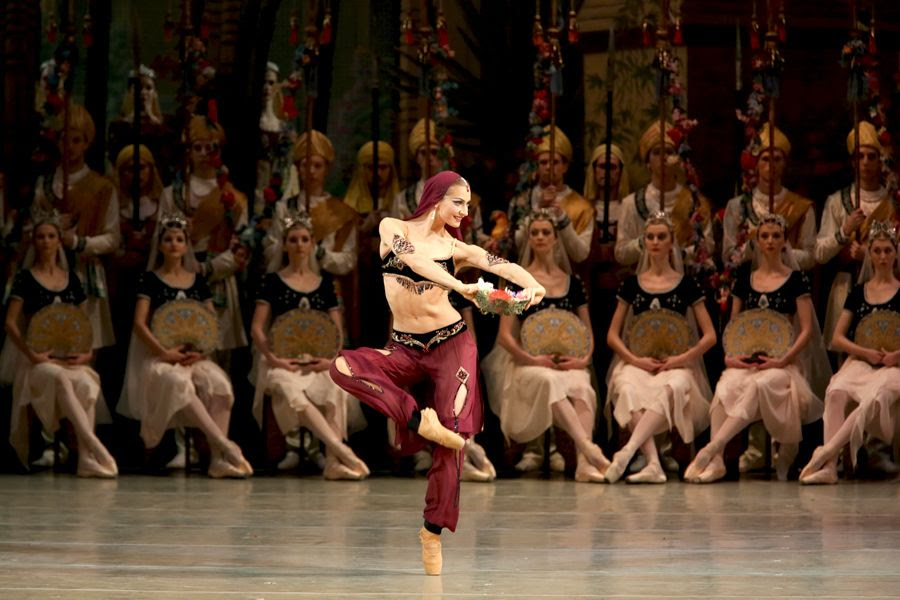 April 6th & April 13th – Gamzatti Variation
5pm – 6pm
This variation is from the ballet La Bayadere. It is an energetic and joyful variation with lots of grande allegro. It is danced before Gamzatti’s wedding in act II of La Bayadere.

There will be a make-up class held for the Spanish Doll variation on Friday, April 20th, 5pm-6pm

April 27th & May 4th – Dulcinea Variation
5pm – 6pm
This variation is from the ballet Don Quixote. It is a graceful and elegant variation, requiring strength and balance. Dulcinea is a beautiful and perfect vision that appears to Don Quixote, turning his heart away from Kitri. 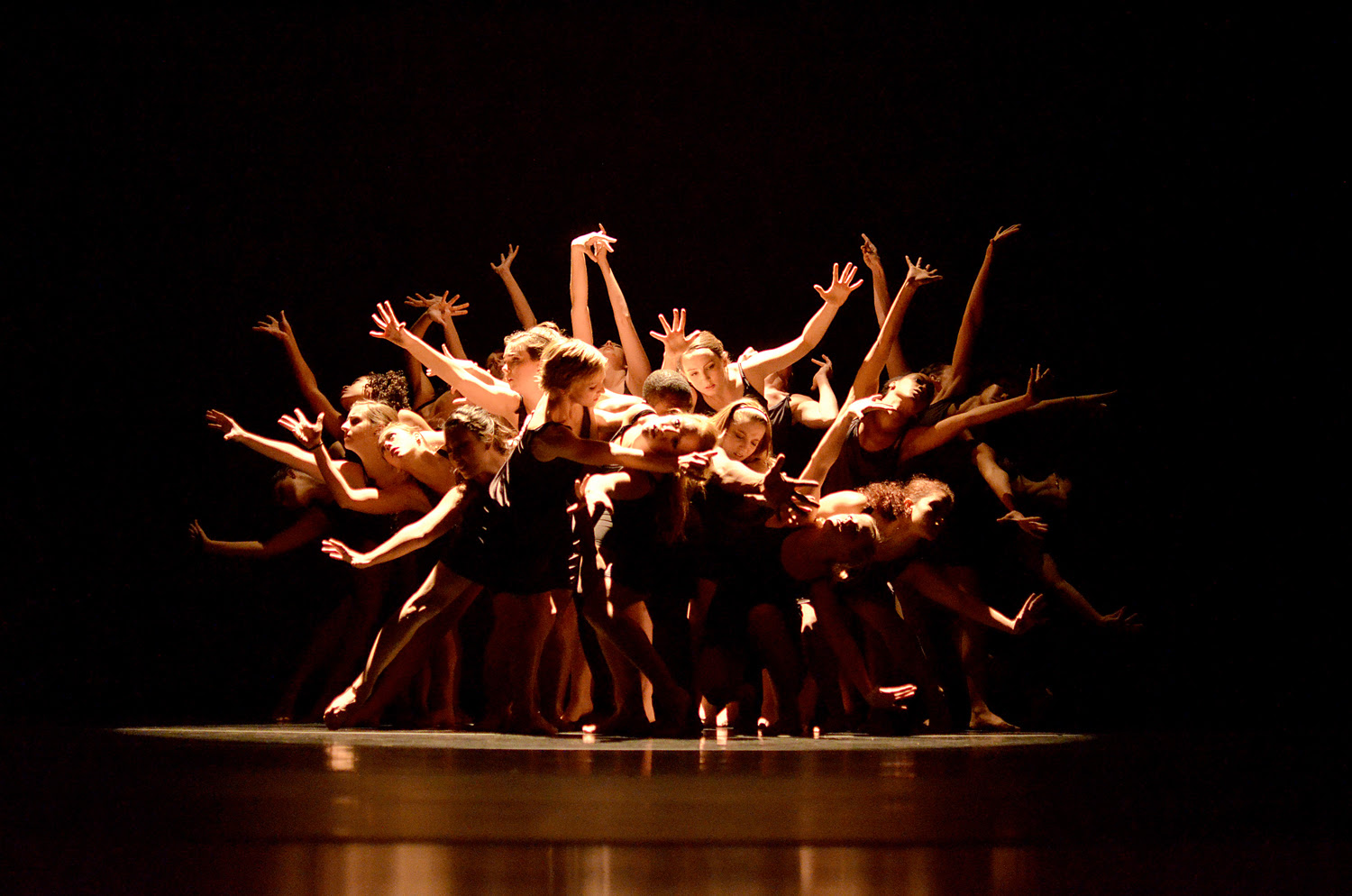 APRIL BREAK is right around the corner…

And we are holding a mini-intensive that will keep you in shape – creatively AND physically!

We invite you to join us for a 3 day contemporary dance creation workshop for dancers age 9 and up (including adults!)

Each day will be structured as follows

9am-10am
We will begin the day with an hour-long improv-based warm up where students will explore different ways of moving and expand their physical limits.

10am-11am
The second hour will consist of a choreography and composition class where dancers learn choreographic tools and methods.

11am-12pm
We will have a snack/lunch break during which time we will show videos of work by some of the greatest contemporary choreographers of today.

12pm-2pm
Students will work individually AND as a group to create a dance that will be shown on the last day. This time will include a showing and feedback session so that we can develop ways of seeing and talking about dance in a constructive and supportive way.

On Wednesday, April 18th we will have the regular schedule with the following additions:

Register by April 9th!
For for more info and to register, please email: info@brattleboroschoolofdance.com

Our Winter Carnival Break begins Monday, February 19th and runs through Sunday, February 25th! There will be no regular classes over break, but the schedule for the make-up classes we will be holding is listed below:

Stay safe, and have a wonderful break!

Due to instructor absence, there will be no Creative Hip Tap 5-6, Children’s Ballet I/II, or Zumba class on Thursday, 2/8.

Make-up classes for Creative Hip Tap 5-6 and Children’s Ballet I/II will be scheduled for their respective times on Thursday, 2/22.

Due to weather, we will not be holding classes today, Wednesday, 2/7. Enjoy the snow day!

For your reference, here is the Spring Show cast list as well as rehearsal times! Happy Dancing!

Due to instructor illness, Advanced Beginning Theater Jazz at 5pm is cancelled today, 1/26.
We will be scheduling a make-up at a future date.